I apologize, because this isn't much of a page on composition – it's simply a collection of links to some blog posts I've made on the subject. But they're illustrated and provide more information than a single web page could, anyway.

Composition is the most important element of good photography, in my opinion. Controlling the camera is great, and gives you lots of ability to change things the way you want, but it's nothing without being able to put together the image itself. However, composition is a large, detailed topic. There are no "rules" that apply to everything, and many compositional elements work only in certain situations. Some take greater precedent over others.

Above all, many of these are given emphasis by my own style (if I have one) and bias. You should have your own, and sometimes that means breaking the rules. The message here is, these are suggestions and ideas, with some reasoning behind them. What you do with them is up to you. When you get an image you particularly like, look it over carefully and try to determine what it is that works for you. This can give you a better understanding of what it is you're trying to accomplish.

The final link in this list is to an index page of all posts tagged with "Composition." While this will be simply repeats of what I have listed here, it stands a good chance of having some more since it updates automatically, unlike this page.

On Composition (May 16, 2010) – My first post on the subject, before I decided to turn it into a series. Some general notes on composition, visualizing, and making mistakes.

Making light work (July 13, 2010) – Some explanation of light levels and their effect on images.

On composition, part two (August 9, 2010) – Appropriate settings in nature photography, and capturing an element of interest.

On composition, part three: The crop (September 13, 2010) – Using cropping to frame and accentuate your images, and to give different emphasis.

On composition, part four (September 30, 2010) – Using empty space within your frame for balance and setting.

The color of magic (December 5, 2010) – Light color and quality, and using it to good advantage.

Compensation: It doesn't refer to those giant lenses (December 14, 2010) – Exposure compensation and why you should be doing it.

On composition, part six (December 18, 2010) – Managing the elements with the camera's position and vantage point. 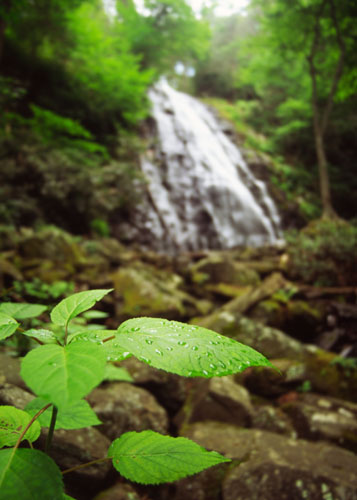 On composition, part seven: Depth (January 11, 2010) – Creating depth within your images to draw people in.

Lend some character (December 6, 2011) – Being awkward, uncomfortable, and dirty still might add something to your efforts.

On composition, part 12: Mood and metaphor (February 6, 2012) – Promoting meaning and association from your subjects.

On composition, part 14: Clichés (October 5, 2012) – Whether to avoid them, or stop being hypersensitive.

On composition, part 15: The background (November 8, 2012) – As important as the subject, but often ignored.

Advice on advice (July 17, 2013) – Not applying solely to composition, but thoughts on handling photography advice.

On composition, part 19: Distractions (October 7, 2013) – What you leave out is as important as what you include.

A matter of timing (October 29, 2013) – On how the conditions contribute to your image, and how to use them.

So how does one ‘compose’ an image? (November 15, 2013) – Trying to determine when and what compositional elements can apply for any given subject or approach.

On composition, part 20: Contrast (December 2, 2013) – Should've tackled this sooner, because it's an important facet of all photography.

All too brief (March 4, 2014) – Some thoughts and tricks while out shooting with a student.

On composition, part 14a: The lurking cliché (April 7, 2014) – Expanded thoughts about clichés and originality.

On composition, part 25: Critical sharpness (February 10, 2016) – Several methods to achieve the best sharpness you can.

Not completely irredeemable (May 30, 2016) – Some notes on panning and tracking.

Podcast: Composition (November 29, 2016) – Covering the basics and the idea itself. Should be at the top, but we're already chronological, so...

Two views (December 10, 2016) – A simple example of looking for opportunities and working the background.

Your opinion please (August 12, 2017) – Comparing the merits of two variations of the same scene.

Macro photography, part 13: More than illustration (September 21, 2019) – Get some personality or art in there.

Composition post index page – All posts tagged with "Composition," may be more current than this page.