With heavy rains the other day, I stuck some watering cans out on the porch railing to fill. Naturally it stopped raining soon after that, and later on I glanced out there to find I’d collected only about a centimeter of water. But in one of them was a dead beetle, which I found curious, becoming more curious when I discovered that it wasn’t dead at all, but a live diving beetle that had, accidentally or purposefully, found the minimal water in the can. This gave me a new subject to tackle, because I didn’t recognize it. 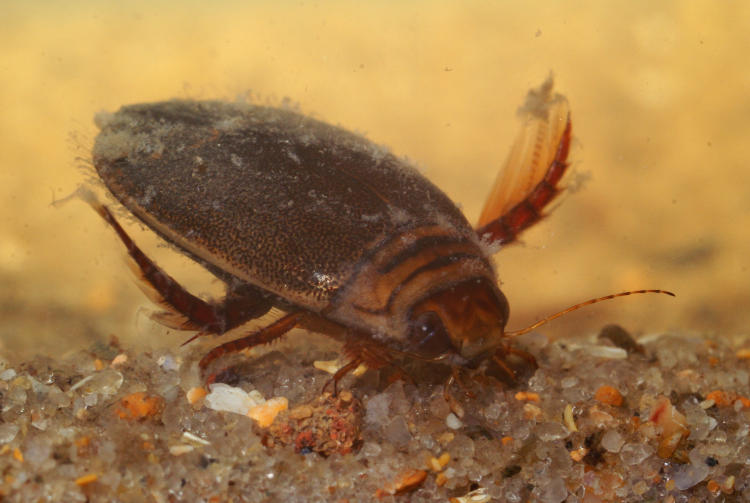 Unlike some others that I’ve caught, this one was fairly cooperative in holding still near the glass of the aquarium, allowing me to play around with effective lighting. After no small amount of poking around on BugGuide.net, I determined this was likely an Acilius abbreviatus, a type of predatory diving beetle, though it lacked the distinct proboscis of the Belostomas, the most common one that I find around here. It also had more oar-like hind legs, and lacked the prominent hunting forelegs. 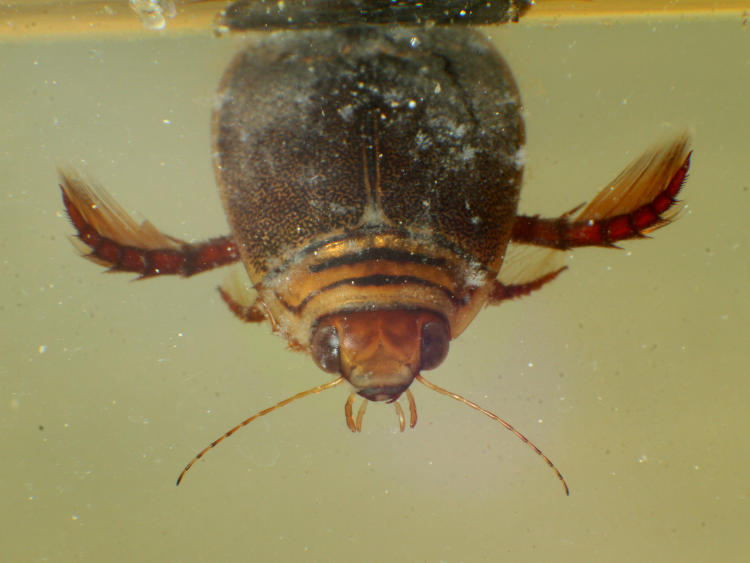 Unfortunately the sand that I used as a substrate in the macro aquarium had a lot of chaff and silt in it, possibly old pollen, and this never really settled out of the water, but adhered to the beetle and prevented nice clean shots. Which means I have to wash my sand before I tackle things like this again, not a routine chore I ever imagined I’d have to do. Hot or cold water? How many rinse cycles? 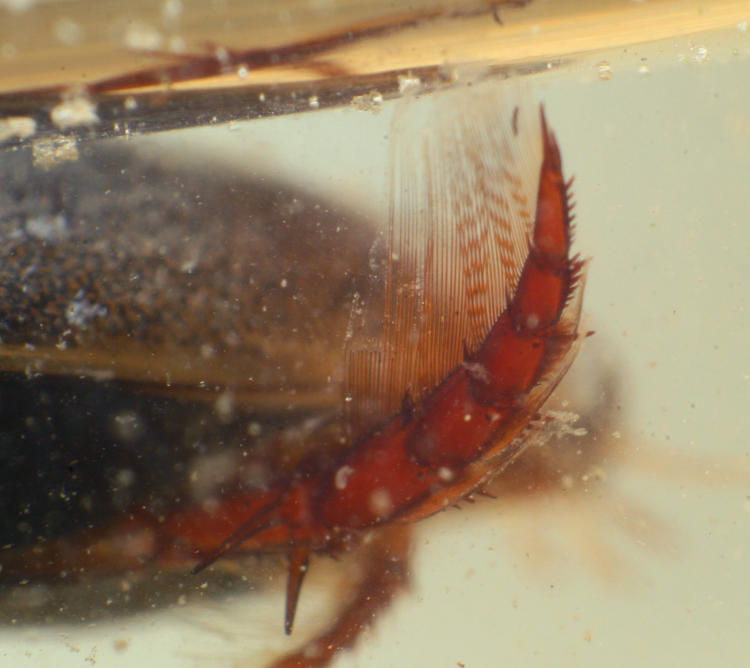 We needed a look at the anatomy of those propelling hind legs, with hairs that I imagine lie flat when the beetle is out of the water. How much time they spend either in or out I can’t say, but this is a full adult and has wings, so at the very least they can travel between water sources easily, which is how this one found the watering can. I don’t imagine too much else did – I certainly didn’t see anything except some pine straw and a leaf – so it wasn’t the best choice for food sources, and neither was the macro aquarium, but I released it into the backyard pond after I got my shots. Now all it has to do is avoid the frogs therein.

But of course I was after the portrait shot while I was at it. 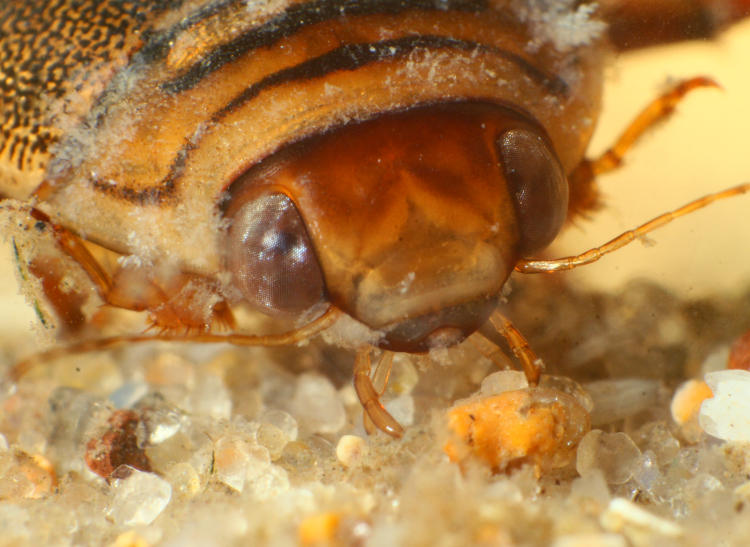 That’s ordinary fine Carolina beach sand in there, so you know we’re magnifying quite a bit – the overall length of the beetle was probably 10-12mm, so the space across the eyes here is less than 3mm. Adorable, isn’t it? Certainly seems more welcoming than the Belostomas, but that’s not hard to do.

It’s funny how much prep time it takes to get these kind of images, though. Macro aquarium propped up on a box to raise it higher, out on the back porch table, with a bright LED desk lamp for focusing. Time for any sediment to settle out of the water for clear(er) shots. Tripod pulled right in front of the table, with the macro flash rig and the AC power source for it (used whenever I can, which is virtually always ‘studio’ work.) Two different macro lenses, and a lot of lighting tests to see if the angle and strength are adequate for the subject, and if reflections are coming from the glass, which is frequent. Occasionally probing the subject to get it towards the front of the tank again, or to turn and face the camera, with patient waits if it gets too disturbed and goes on a race circuit of the aquarium for a bit. But at least I’m not struggling to provoke the right facial expression…

« More fossils [previous]
[next] Living in the past V »