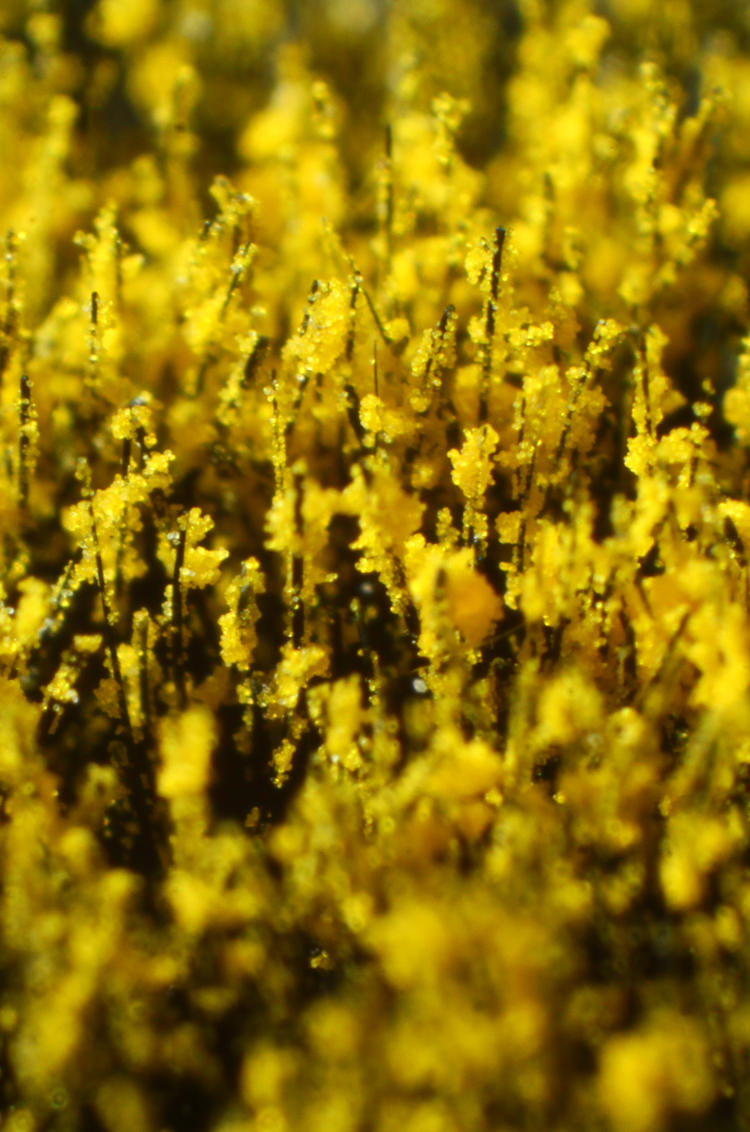 The image above, naturally, needs no explanation, because you certainly should recognize it if you are a decent human being – you’re honoring the holiday just like the rest of us. But for all the insolent and sulky teens out there, this is residual pollen – specifically, the pollen of lemon trees – the stuff that remained behind on the paint brush after I came back in from the greenhouse. That’s right, it’s Pollinate The Lemon Trees Wintering In The Greenhouse Day, which is easy enough to celebrate. 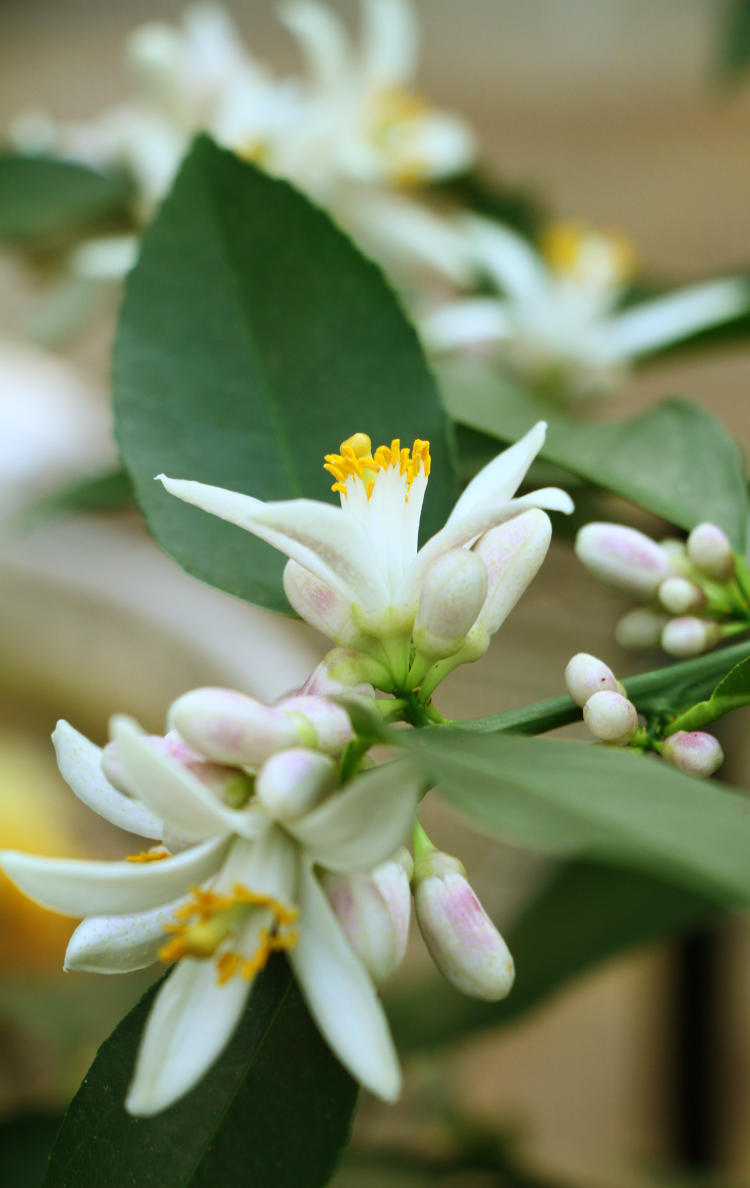 The Girlfriend obtained a pair of lemon trees earlier in the year, and after a cold snap they were moved into the greenhouse for the winter, where a small oil heater maintains the temperature at a minimum of 10°c. We’re not exactly sure what prompted them to bloom now, but they’re bustin’ out like kittens in the clothes hamper who have heard the can opener, and so given the lack of beehives within the greenhouse (a distinct oversight of ours,) it is incumbent upon me to, um, see to their needs manually. We’re not sure how well this will work, but some of the earlier flowers are showing signs of germination, so I suppose I can add that to my résumé.

It’s been a busy week and I’ve had little time to give to the webby stuff, but I should be able to catch up a bit more. Now all I need is something to photograph and/or post about…