I have to confess that I started writing this a few weeks back, and then sat on it to hit the 20th anniversary (more or less) of this image, since it was taken sometime in August, 2002. I’d only been living in Florida for a few weeks then, and on wandering along the ocean in Indialantic, I found a starfish washed up on the sand, missing two arms. It was the first I’d ever seen outside of an aquarium, and I picked it up, though dog knows what I intended to do with it. Only a few minutes down the beach I could feel my hand tickling and realized that it was not dead like I’d thought, but attempting to move along in that glacial way of theirs. I immediately obtained a plastic bag to put it in with a healthy dose of seawater, and brought it back to the apartment, because I wanted detail photos of those little feet – and that is all they’re called, though you can go with ‘tube feet’ if you want to be technical.

That began the process of finding a way to photograph aquatic specimens. In this particular case, it’s only in a shallow storage container filled with water and photographed through the water’s surface, though I knew that light reflections and distortion were not going to be ideal. I made it work, but the availability of so many aquatic subjects required me to seek other methods, and so began the various practices of aquarium photography.

While in Florida, and on some occasions since, it’s been with an actual aquarium, just a 10-gallon one with no frills, but this was enough for both closeups and wider compositions. 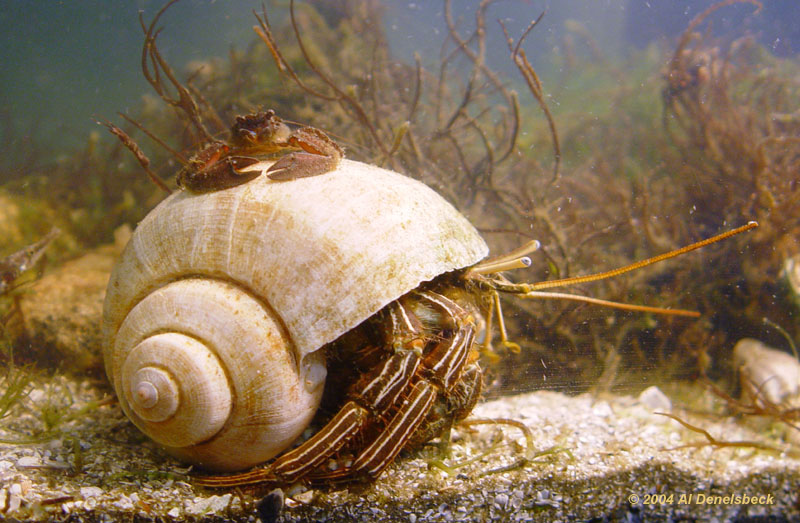 Because it was maintained, it served as a nice setting/background for any species that I obtained, though since moving away from Florida, I never bothered to establish an active tank. Instead, I had temporary tanks, often with no more substrate than a layer of sand, though occasionally with a print of some kind serving as a backdrop – since it was invariably well out of focus, all that was necessary was a realistic sea-green hue.

At times, however, I’ve also resorted to a very simplified rig, such as a thin layer of water in a lens filter lit from underneath. While the aquarium housed (and fed) the various species, some would be selected for tight macro work. I never identified the egg here (this dating from 2012,) and the hydra was of course intentional, but I didn’t realize for years that I had another curious species in there, a cluster of vorticella – those are the little white doodads at the base of the hydra, that I would end up getting video of through a microscope.

Occasionally, even the larger aquariums allowed for some tight macro work. When a snail laid eggs against the aquarium glass, not only was I able to photograph this taking place, I was around for the hatching too, and since the eggs were attached to the glass itself, right on a side that had easy access, I could adjust the lights to bring out the best detail. These are smaller than a pinhead.

But this is perhaps my favorite: Collected from a nearby flood pool in 2020, this giant water bug (Belostoma flumineum) quickly snagged a backswimmer (genus Notonecta,) not at all bothered by the captivity. Only by having the glass millimeters away from the action could I get something this sharp and clear.

Just so you know, the macro aquarium used for this shot is the same one pictured here, still in routine use despite now being a little yellowed. It even travels with me to the beach, so I don’t have to being promising subjects back home, and occasionally it serves to just support some of my subjects.

« Exactly as scheduled [previous]
[next] So many sinners »