Nobody likes getting old, which means we deny the signs too often, trying to pretend it’s not happening to us, or not as fast as it is for others. But occasionally the evidence rears up and attempts to bite our noses off.

Back in August I was on an outing and spotted several snakes, considering myself pretty sharp-eyed for finding them, and featured the images herein. Yet just as I was going through the stock folders for images to use in the previous post, I suddenly find I’m not as slick as I liked to believe. 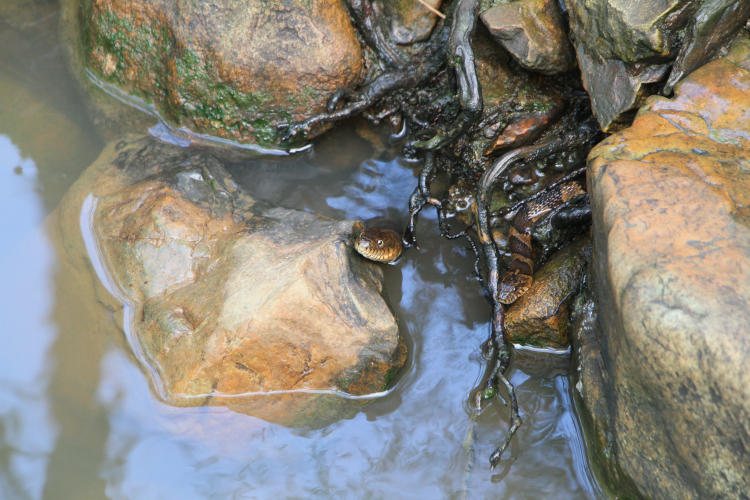 This is full frame, with my target nicely centered, the one I spotted at the time. But how the fuck did I miss its companion? 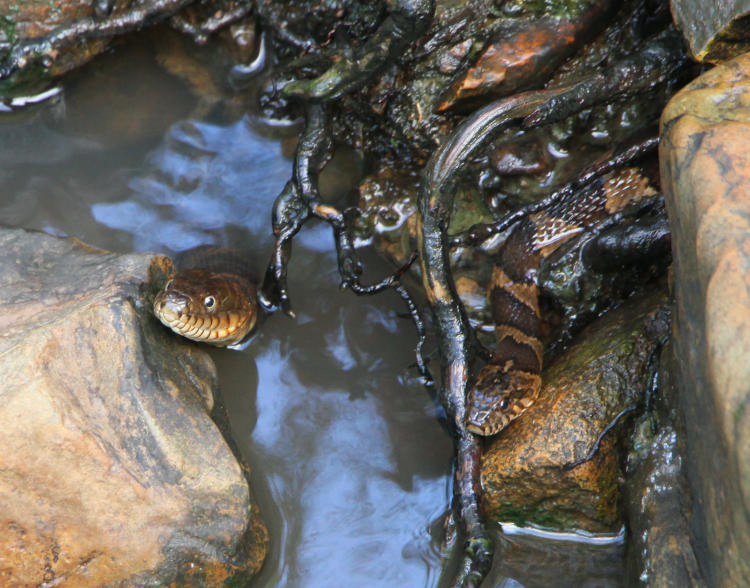 That’s not a handspan away, and more exposed that the one I focused upon, and while it was using the roots to advantage, I was right there taking several frames of the first and didn’t see it until cruising through the stock images months later – I even missed it when sorting. It would have been even more embarrassing if the second was visible in the post, but I’d shifted for more of a profile angle for that image.

Don’t talk to me. I’m gonna binge on Metamucil smoothies and Matlock. Maybe develop some film. Keep that damn music down.