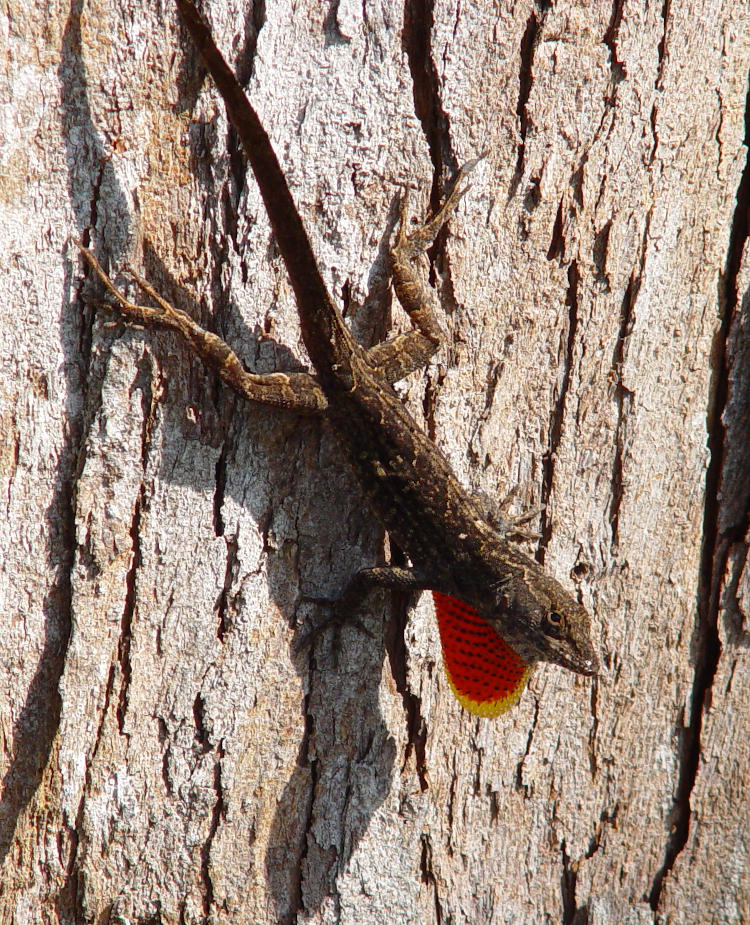 Our opening image comes from 2004, in Florida, the territorial display of the brown anole (Anolis sagrei.) That big sail under its chin, called a dewlap, is only displayed when a male anole is marking its territory, typically when another is nearby, though I’m unsure if there can also be a sexual element to it. What I’m drawing attention to here, however, is the bright orange color with the yellow border, helping identify the species. You might think the “brown” part of its name is sufficient, but the Carolina anole (formerly known as the green anole,) can also turn brown when the situation warrants, though it is not as mottled as this, usually only showing variation in a diamond pattern down the spine. The brown anole, however, remains brown.

Contrast this with the dewlap of the Carolina anole (Anolis carolinensis): 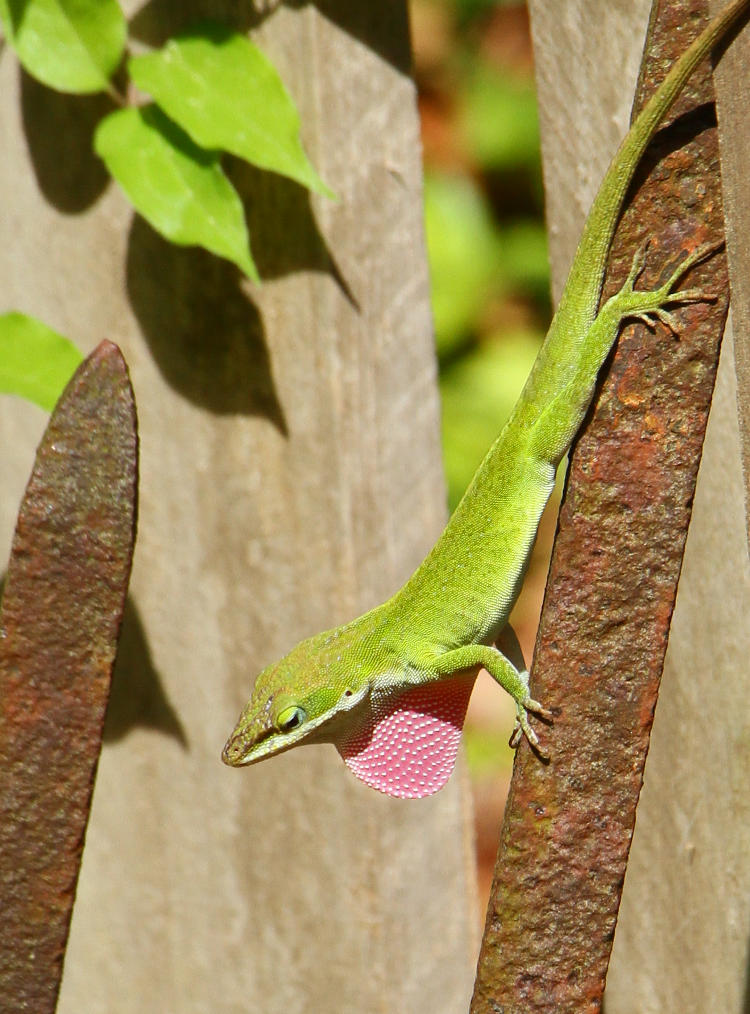 While catching it backlit can make it take on an orange-ish hue at times, the dewlap of the Carolina anole is brilliant pink and lacks a border color. I used to believe that they would only do this at the appearance of another anole, but multiple times this year I’ve witnessed this at my presence with no other anoles visible, so either they’ll do it on principle regardless of the interloping species, or I’m even odder-looking than I believed (though I think anoles have a great appearance so I’ll take it as a compliment.)

But then there’s this, from two years ago: 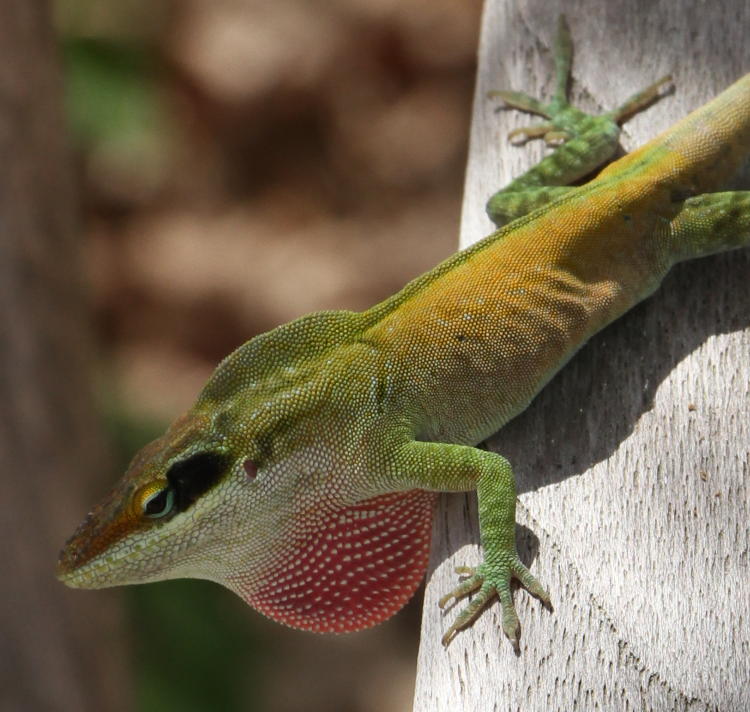 Same species as immediately above, but different circumstances; this one was in an active, aggressive and physical dispute with another male, and so we see a different display, with the dark ‘eyeshadow’ and the raised crest on the neck, and possibly even some deepening of the green along the snout. If they do this for you, you’d better get ready to throw down, because they certainly will. Always happy to help protect my readers, no matter how imaginary they are.

« It’s that season [previous]
[next] Those ugly signs »