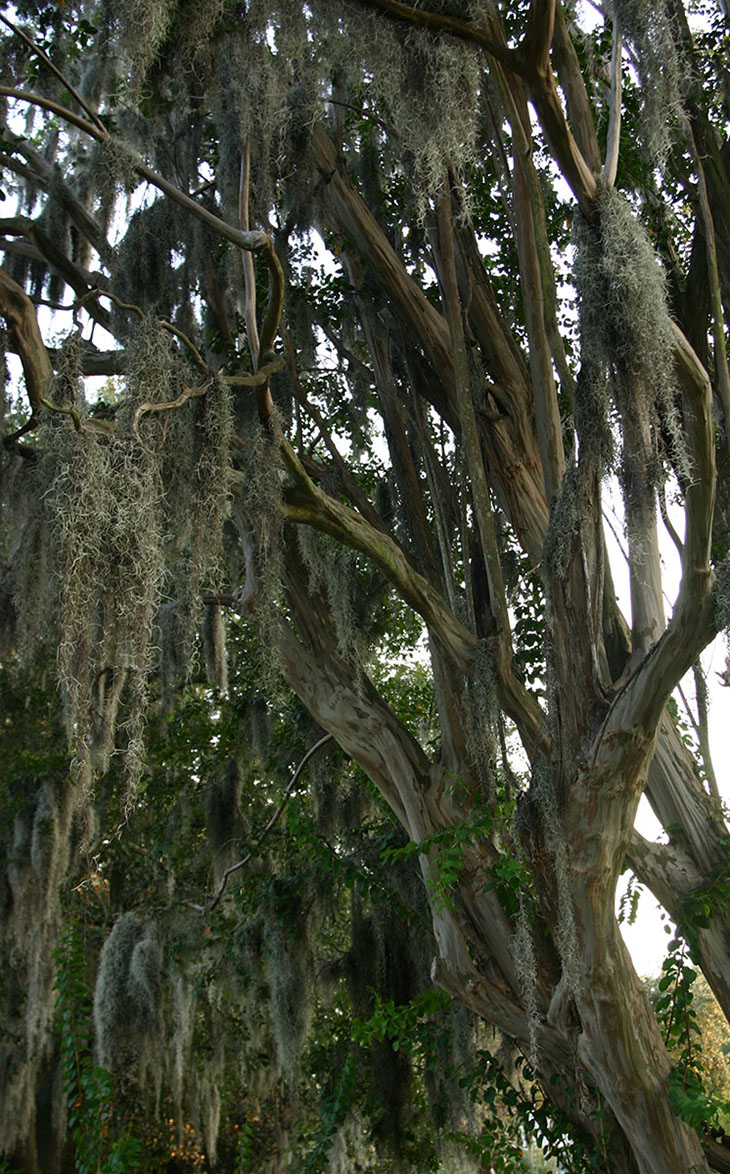 I’m kind of doing these in order, and we’re in 2013 for this one, a year dominated by arthropod photos. I’m trying not to get into a rut (well, any more than the huge one that I usually occupy,) and the next entry in this category is quite likely to be another bug, so enjoy this while it lasts.

This was found, appropriately enough, in Colonial Park Cemetery in downtown Savannah, Georgia – I have no idea what the tree is but I love the shapes, and hanging with Spanish moss (Tillandsia usneoides) as it is just adds to the… we can’t really call it charm, so let’s go with atmosphere. To me at least, it has an almost palpable texture to it, enhanced by the subtle colors. I would have liked to have seen it in the dark, lit by the nearby historic streetlamps at low angles, but no one is allowed in the cemetery after sunset so the opportunity wasn’t there. There’s the chance that the lights wouldn’t produce a good effect anyway – in fact, I’m sure of it.

Funny, while it’s the kind of tree you might want to see in an old cemetery, it’s perhaps not the best example that I have – that would be this: 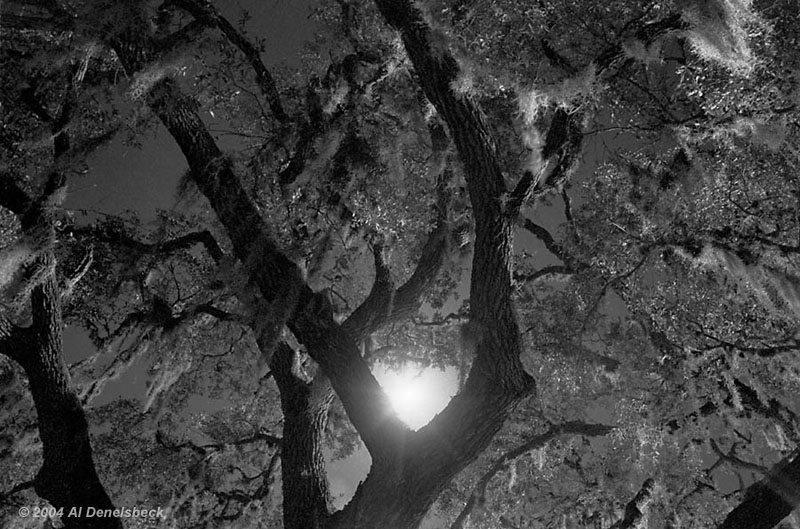 Now you see why I imagine the first tree might look great in the darkness? This is true B&W, by the way, shot on Ilford Delta 400 film, nine years earlier than the first image, while I was riding around looking for good monochrome subjects. Believe me, I’m pleased with it.

Though, despite doing several cemetery sessions while on this monochrome binge, this wasn’t shot in a cemetery, but in a schoolyard. So much for atmosphere.