It’s cold out there, so let’s pretend it’s nice and balmy, and to assist this I provide a summer shot, a big one.

This is from 2009, and is actually three images stitched together vertically. Curiously, it looks like I was using a faster shutter speed for the topmost image because the water isn’t blurred as much there, but this isn’t true – all frames are the same shutter speed, it’s just the water that’s accelerating of course.

This is Carpenter Falls off Skaneateles Lake in central New York, by the way – I keep wanting to call it “Carpenters” but that’s not correct. What isn’t apparent is scale, so I provide another image from much higher up. 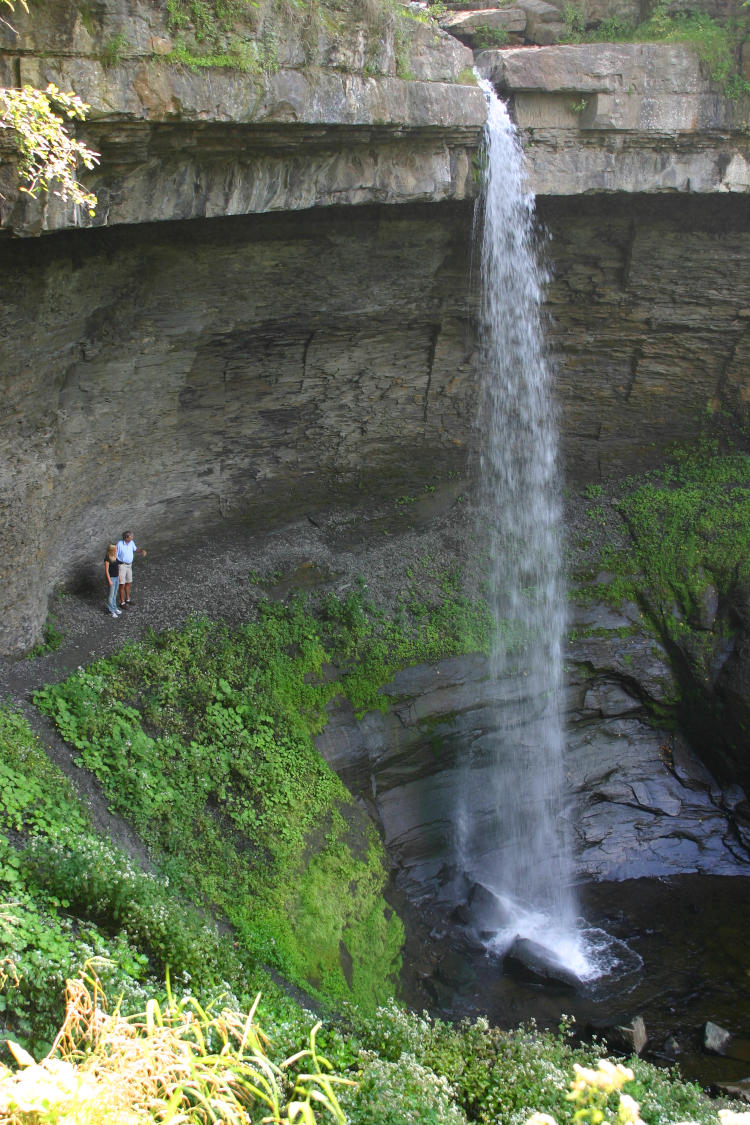 I don’t know who these people are, but they did manage not to fall in.

And one more, because it’s the oldest image in the blog folder and has been there for years, and I figure it’s time to either post it or delete it. Since I haven’t been shooting much recently (even when trying,) that means we get this. I was right down in the water for this one, but that doesn’t mean much – with nothing here for scale either, I’ll just tell you that the foreground ‘torrent’ is perhaps 20cm high. But yeah, nice and refreshing in the heat of the day, washing away the sweat and grime from our sandaled feet, the crashing of the water causing small gusts of random breezes laden with cool moisture that couldn’t be found in the still air outside of the valley. Am I selling this enough? Should I mention bunched, sweaty underwear or a lingering lockerroom aroma? That headachey, nauseous feeling when we’ve been working too hard in direct sunlight with too little hydration? How about that yellow-orange filter filmmakers adore for shots of the deserts or Mexico? You know the hue – the director of photography of CSI: Miami must’ve bought a gross every season. But not cold, no sirree.