While typing up the previous post, I realized that a video clip would better illustrate the difficulty in holding a long lens reasonably still, and I stepped out to do a quick clip of whatever I could find, probably just the top of a nearby tree. But as I was doing this, one of the neighbors pointed out that the hawk that I’d seen fly over and disappear as I came out had only gone just around the corner and settled into a tree, so I elected to use that as a subject instead, and started stalking closer. 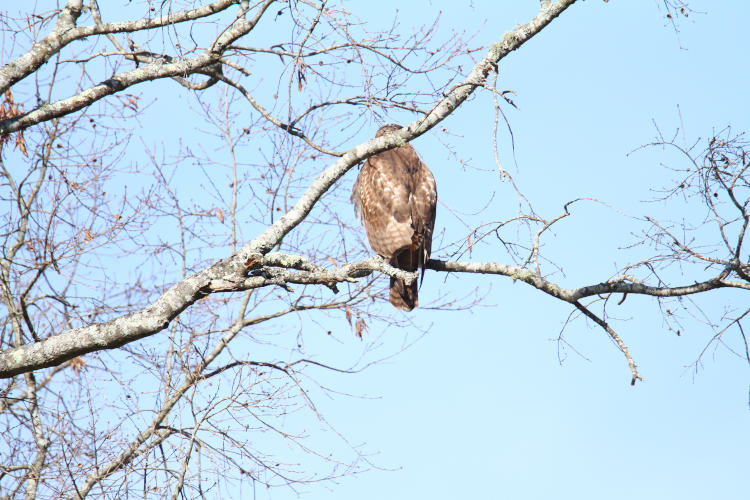 Amazingly, today is also an appropriate holiday: Arouse Suspicions, But Not Too Much Day, so I could actually celebrate it with this red-tailed hawk (Buteo jamaicensis) instead of by provoking The Girlfriend. The hawk was on the opposite side and a little ways down the road, and I ambled casually closer. 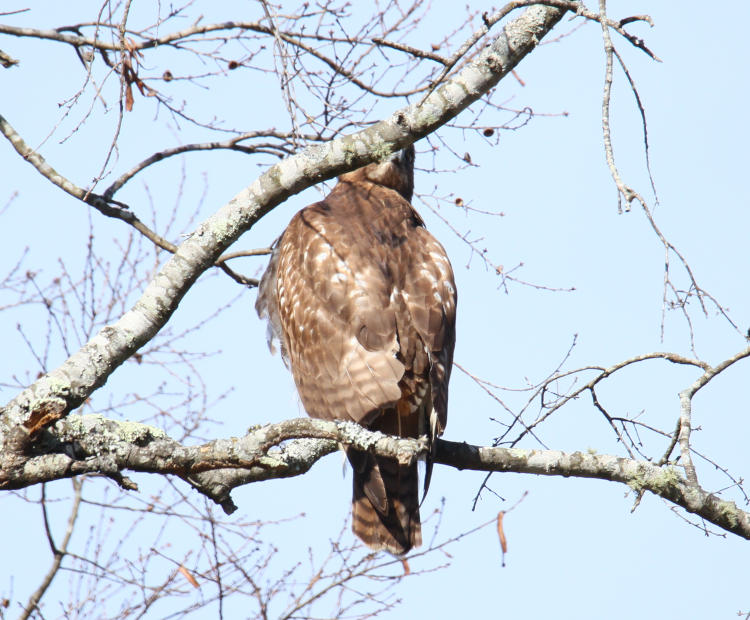 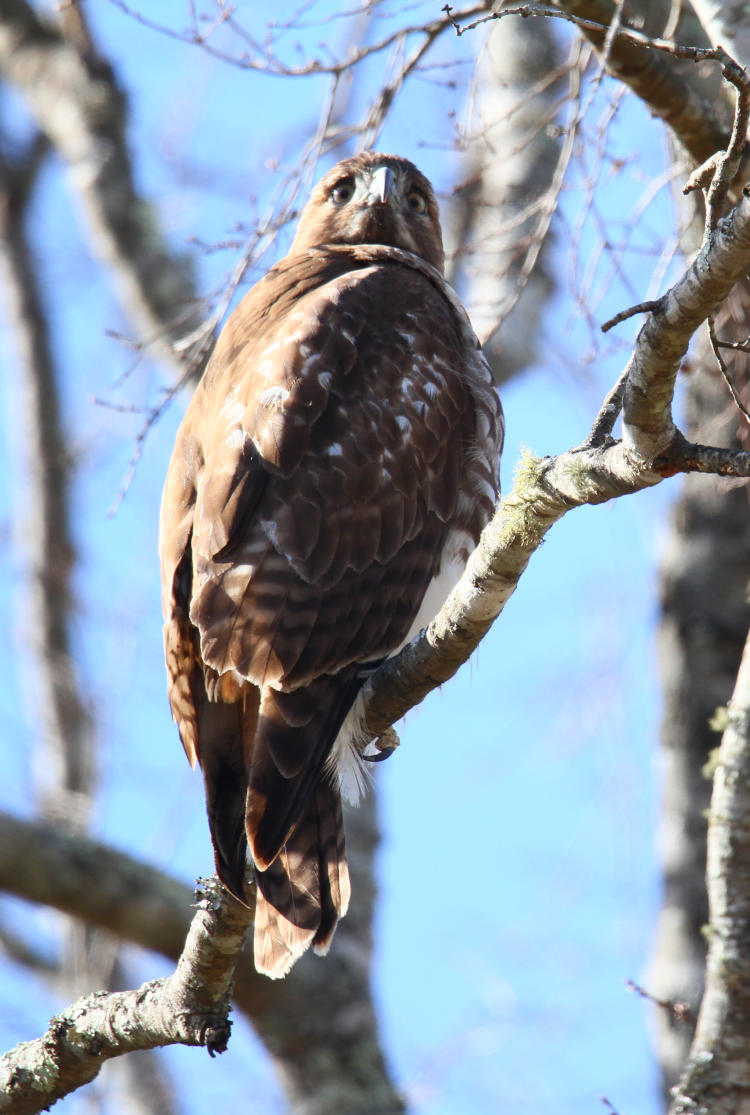 Eventually I could get past enough to get more of a proper perspective (and a bit closer,) and she favored me with the look of a Royal on the balcony who has just heard someone call out, “Show us yer knickers!” Or at least, that’s what this angle suggests, but since hawks don’t really have facial expressions, what we’re seeing instead is the brow ridge from the underside, no longer ‘glaring’ but canted in the opposite direction, helped by the eyes shifted downward as well. The fact that she could easily have flown off at any time and didn’t, not even when I finished my session and headed back, indicated that I’d satisfied the requirements of the holiday just ducky.

I’ve seen very few redtails in the immediate area, hosting more of the smaller red-shouldered hawks instead, but this one seems to be hanging around, and I’m fine with it. I’d prefer to see kestrels, really, since their numbers seem to have seriously dwindled around here in the past 20 years, plus they look cooler, but I’ll take this for now.