It was a few years back that I decided I wanted a gallery of latest images on the website, primarily stuff that wasn’t featured on the blog, but also just a demonstration, to those only visiting the image galleries, that I was routinely producing new content even while the galleries themselves weren’t being updated. Updates to the galleries tend to be spaced pretty far apart, because I do them as a large collection and the structure of the site (which I still like) doesn’t make additions simple or quick. So, with some digging around, I found a slick little script and created the Latest Images page.

Some time last year, I found the script wasn’t working due to updates of some kind or another (HTML and browser standards, not my own updates,) and attempted to replace it. This was far easier said than done, and after much playing around with formatting and script details that I didn’t understand, causing navigation icons to appear in wildly random locations, I gave up and found an online source to host it, permitting an embedded window on my site. Fine for now, but I didn’t like outsourcing.

Only a day ago, I tried again, and made no further progress than I had earlier in finding a simple script. During this, I thought to myself, Shit like this is always a simple plugin through WordPress. But I only run WordPress for the blog, and the site itself is simply html. Then it occurred to me that there was no reason why I couldn’t host the Latest Images on a blog page rather than a site page. I mean, who cares?

Yes, there was a simple plugin for WordPress to do what I wanted [Slideshow Gallery Lite by Tribulant], and while it was a bit fussy to format, it was many times easier than my previous attempts to customize a script. So it’s up now, with new updates (that I’ve been stalling on because I wanted to just get rid of the outside host) right here. Not only linked on the previous pages from the main site, but also in the menu at the top of this page.

I admit that I’m often confused with how incredibly complicated doing some simple tasks, or finding some relatively basic scripts, can be. Tons of slideshows out there, sliders and bootstraps (whatever the fuck those are) and all that – but one with a thumbnail gallery? What, are you nuts? Surely, you want some kind of elaborate fading and perhaps a 3D effect instead? This is why I’m glad I decided against doing webdesign for income.

Completely unrelated, we have an image from the Outer Banks trip, because where else am I going to put this? Near as I can tell, these are a variety of Amanita muscaria mushrooms, and toxic/psychoactive, but I could be wrong. Still, they matched the descriptions and photos that I’d seen years ago of “what to avoid,” and this was the first I’d seen that even came close, so I had to snag a few frames. I don’t like mushrooms and wouldn’t engage in collecting wild species if I did, so why I even paid attention to this info is beyond me, but here we are. 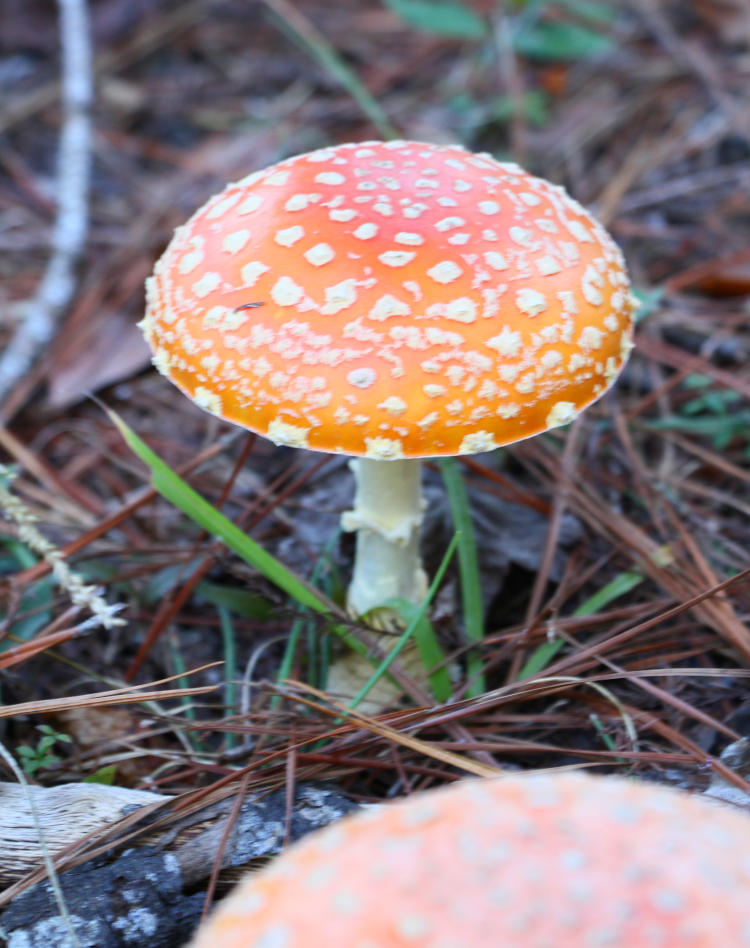