Hah, get it? Because ‘November’ actually means, ‘Ninth Month,’ since it used to be, until Julius Caesar introduced a new, slightly more accurate calendar and had to add two months to it so that Groundhogs Day would keep falling in February, and he liked the summer so he put the extra months in the middle and named them after himself and his Shetland pony Augustus. 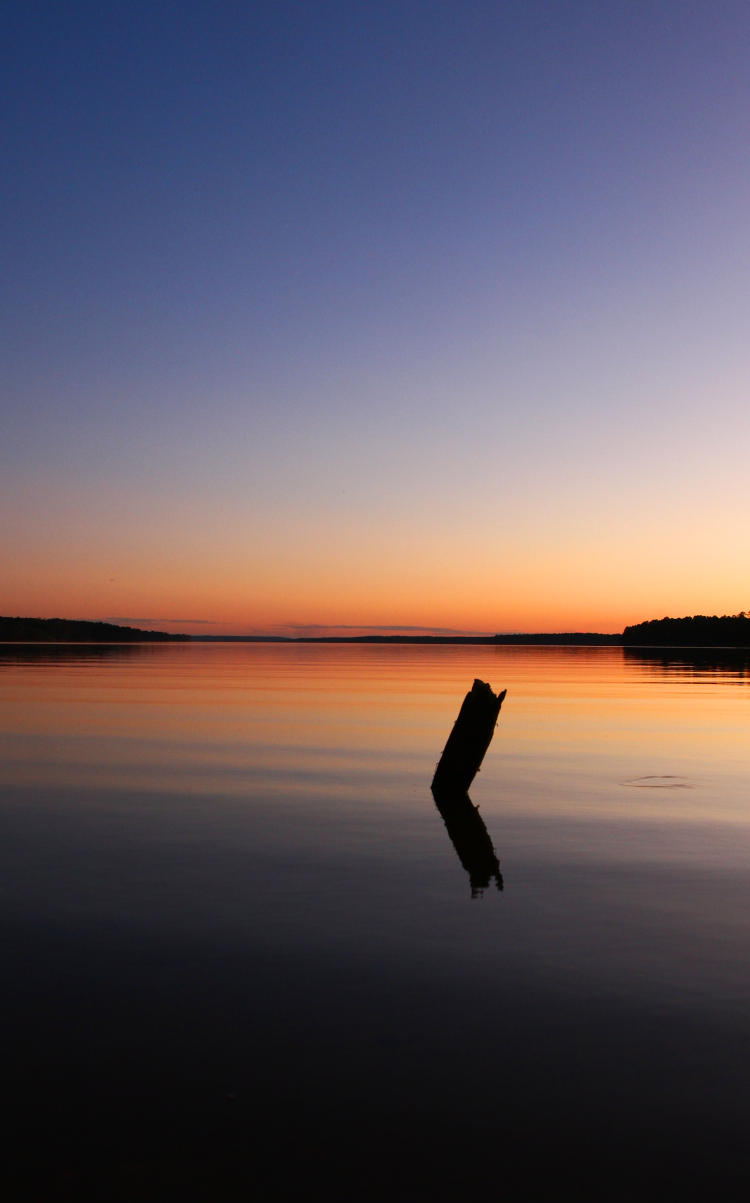 It’s not hard for scholars of this blog to figure out when or where this was taken, and believe me, I enjoyed typing, “scholars of this blog,” as if decades from now literati will be discussing the nuances of the circumstances in which I’ll say, “fuck.” The Girlfriend will tell you, “Any chance he gets,” so that’s out of the way. All that aside, we have some colors and a really boring silhouetted stick, but it was what I had on hand since Jordan Lake is thin on wrecked fishing trawlers or semi-submerged church steeples. Seriously. Still, for being shot blind with the camera held down near my ankles, it framed up nice, once I got rid of the distinct tilt because, for some reason, the camera body feels ‘level’ when it’s far from it, horizontal or vertical. And here you were hoping for an un-edited photo at the close of the month. Too bad.