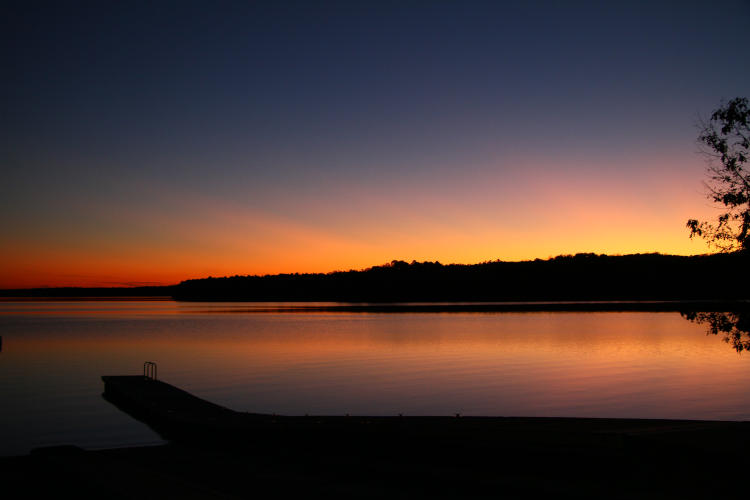 Was on the way past and stopped at Jordan Lake yesterday at sunset, even though it looked as promising as always, which means, “Not at all.” True to form, the sun set without a cloud in the sky, leaving nothing to produce nor capture any colors, but as it dropped still lower, the bare hints of high-altitude humidity began to show through faint crepuscular rays. I won’t blame you if you’re not seeing them easily – the first indication to us was so faint that we could see it better through peripheral vision rather than directly, but eventually some streaks were distinct enough, and the lowermost horizon got some nice color. It worked, and wasn’t more than a tad chilly out there. Good enough.