Just a trio of images from recent days that didn’t fit into other posts – little to say about them. 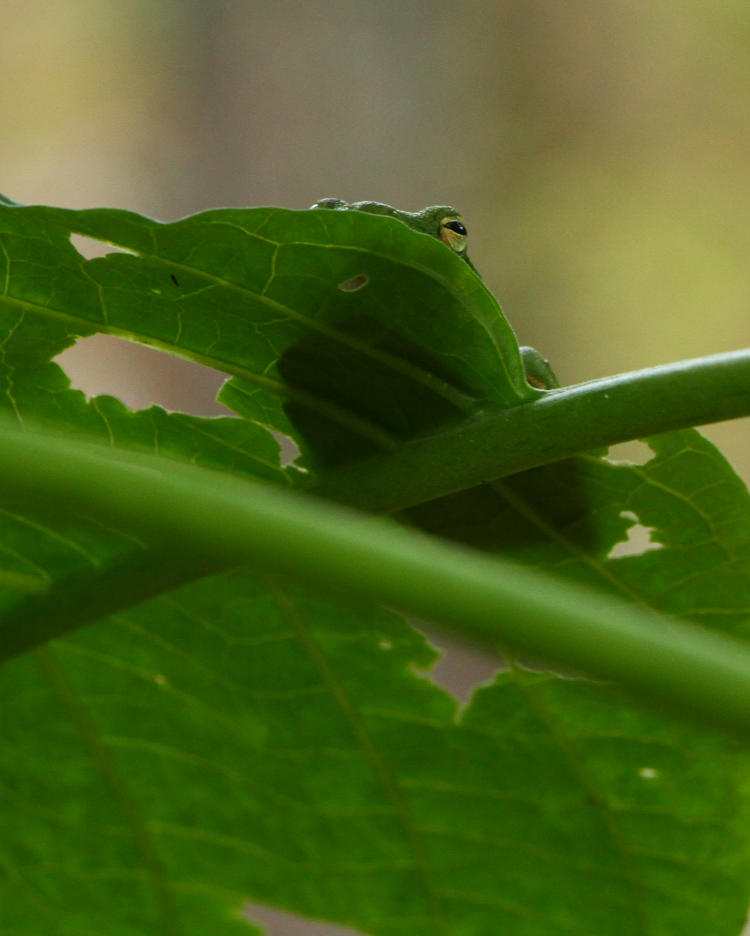 This green treefrog (Dryophytes cinereus) has been living on the same trumpet flower (Brugmansia) for weeks now, which is rare, but I caught it as it was spying on me. Or counter-spying on me. Hey, this is my pointless obsession! 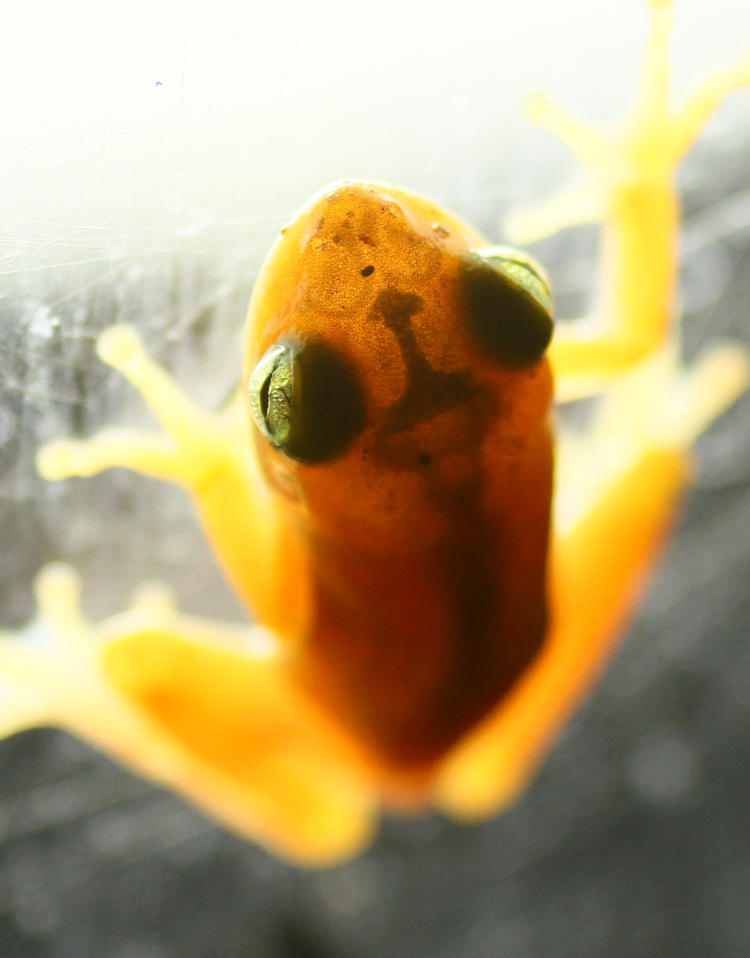 While my brother was here, he captured one of the tiny juvenile green treefrogs and ensconced it temporarily in a terrarium so he could get his own photos, his introduction to macro work without either a macro lens or flash rig. I got out a bright LED lamp for lighting through the glass, which the frog decided was the ideal place to perch, returning to the same spot even when moved elsewhere. The curious internal anatomy revealed by this begged for a few frames, but the only thing I can offer is, you’re likely seeing different densities of the skeletal structure. And dem eyes. 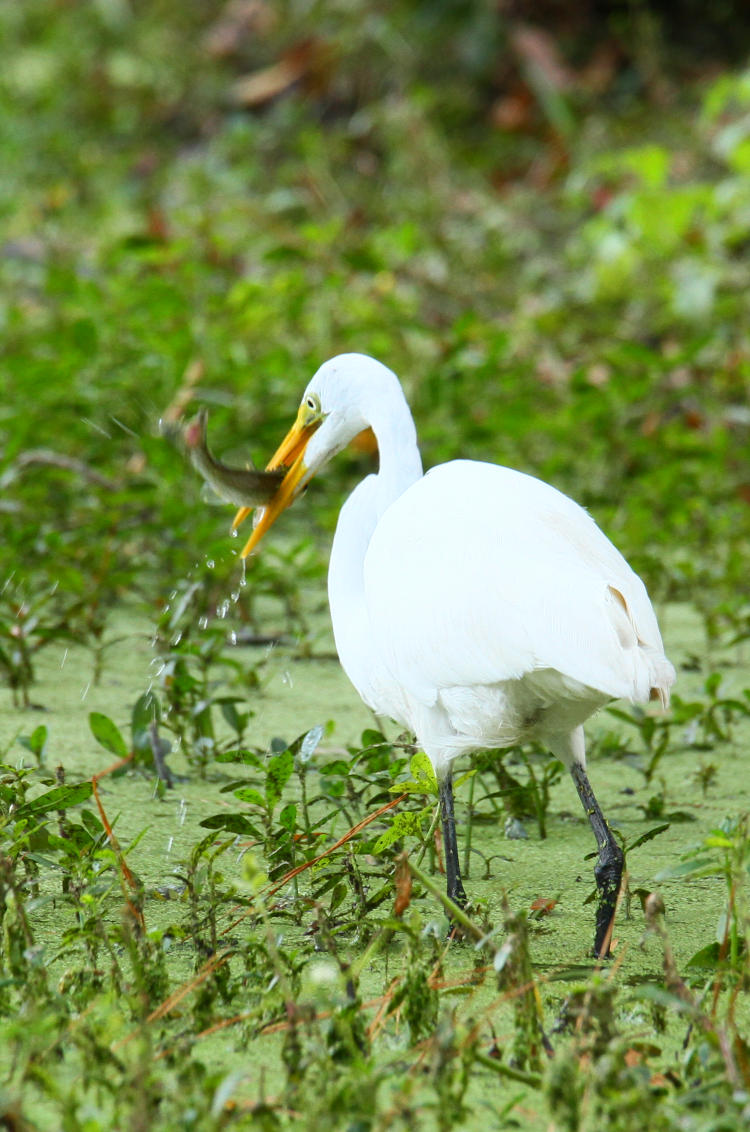 Near as I can tell, this is the same great egret (Ardea alba) that stalked almost right up to me a few weeks earlier, but was being much more circumspect later on and never let us get very close. So this is a long telephoto shot of a successful capture with a decent-sized fish for the neighborhood pond.

[I’m purposefully not pointing out the skidmark – I’m sure you found it on your own anyway.]

That’s all for now. But there’s a lunar eclipse coming up – we’ll see how the weather holds.