Stepping out to check on the weather last night since snow flurries were possible, I saw a white-tailed deer (Odocoileus virginianus) in The Jungle at the edge of the property, and stepped further out to chase it/them off (there’s never just one,) not really wanting them to strip any more of the bushes and trees we’re trying to cultivate. Neither my approach nor my scolding had any visible effect on the deer, who clearly saw me, so I decided I’d do something with this camera and went back inside to get it.

My movement was apparently now enough to convince them that something wasn’t quite safe, because they’d moved on to the neighbor’s yard by that time, but going out into the road a little allowed enough of a view. 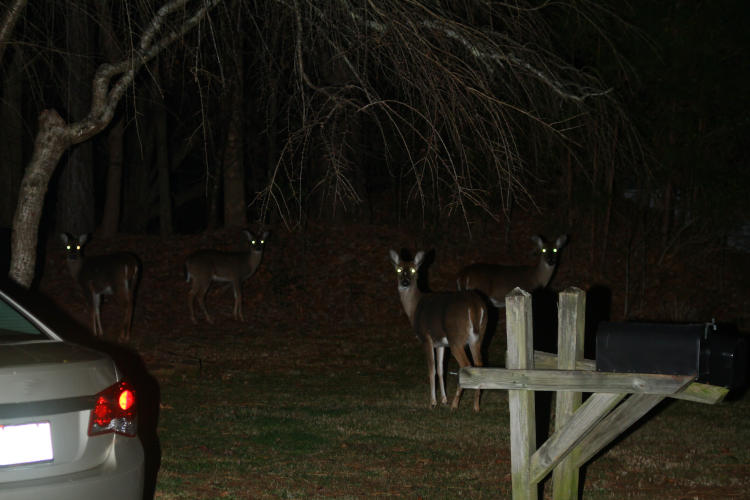 This probably wasn’t the entire herd, if there’s such a thing; what I mean is, without any bucks and no sizable does in sight, more were probably within a few dozen meters. Nothing exciting here, but at least it’s current (just a few hours old as I type this.) There wasn’t going to be much I could do about composition, and even focus was highly questionable, especially at f4 like this, but it’s close enough for what it is, anyway.

Gotta get out to the Butterfly House, get some new images. It’s been a while…